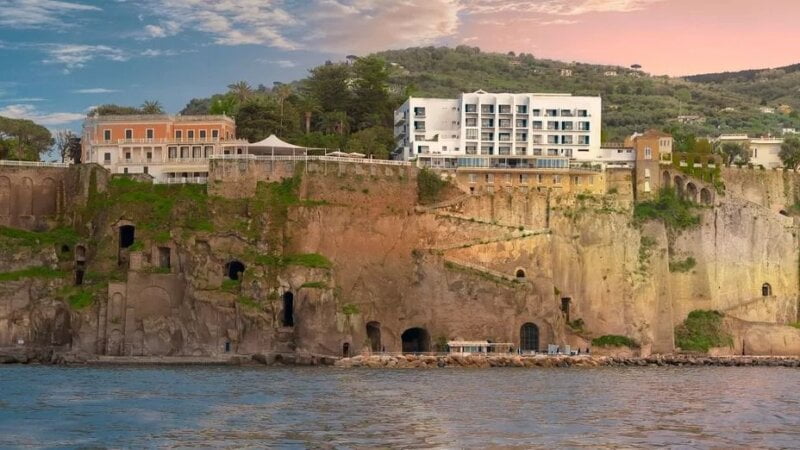 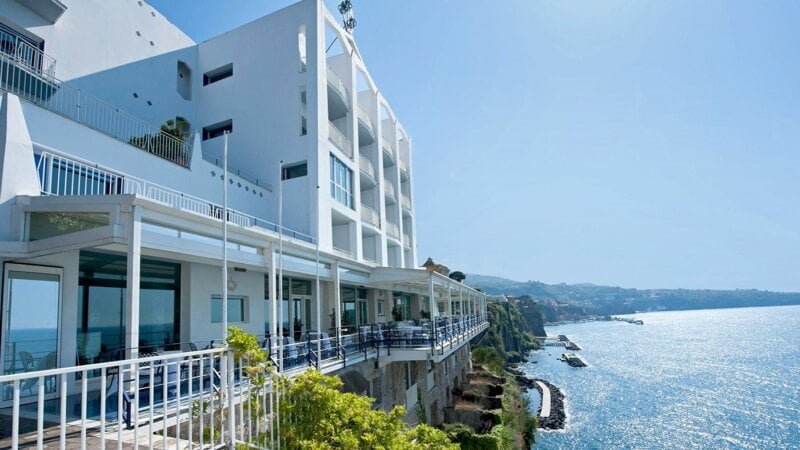 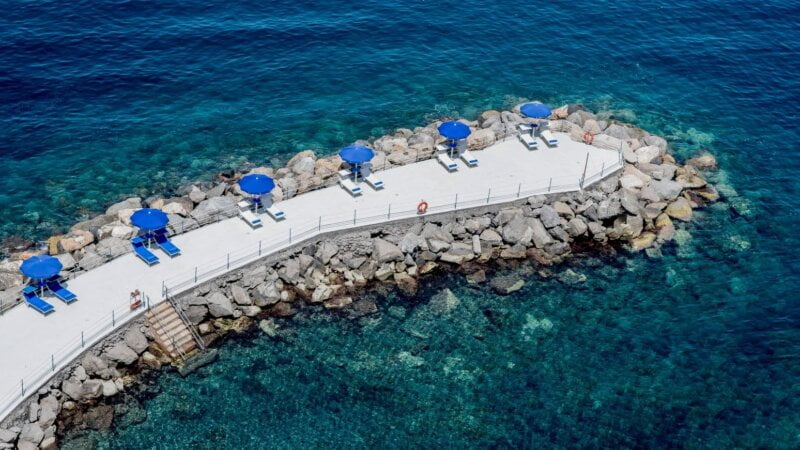 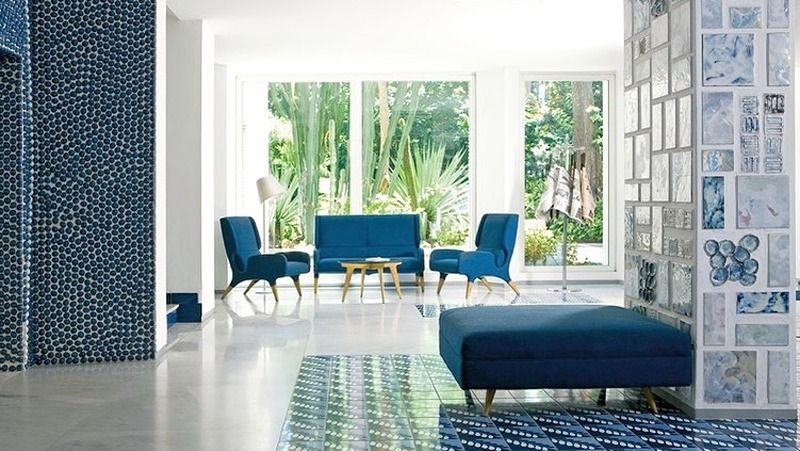 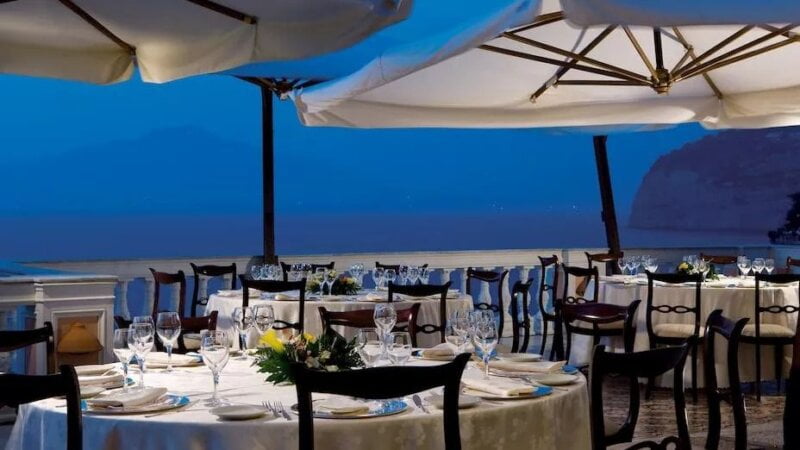 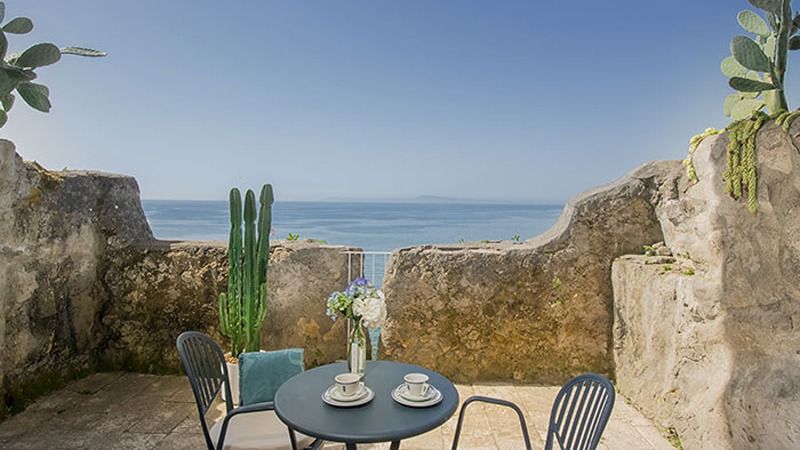 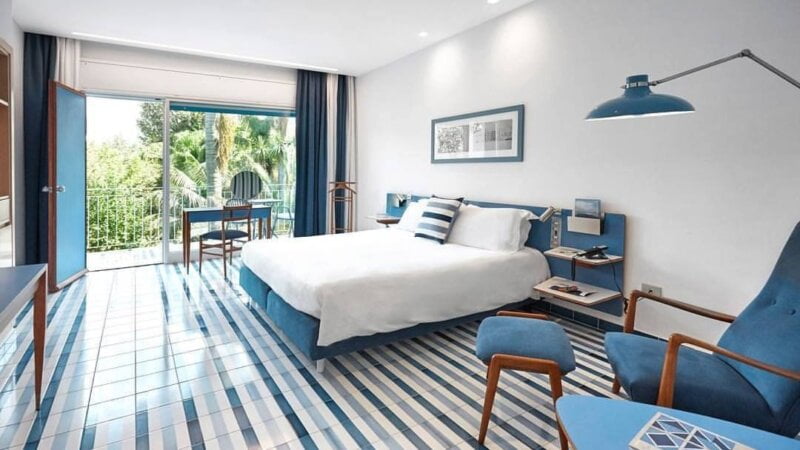 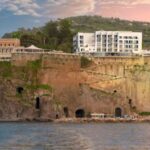 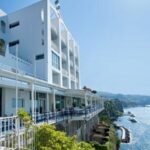 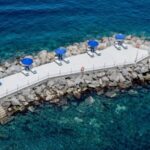 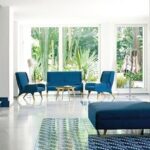 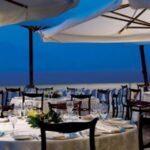 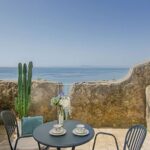 The Parco dei Principi is immersed in the 27 thousand square meter park, overlooking the sea, in one of the most popular locations for tourists from all over the world: Sorrento, Italy. The hotel is located a few kilometres from the centre and the small port of Marina Piccola, at the centre of an unmissable tourist-cultural itinerary. The land where the Parco de Principi hotel is located belonged to the Jesuit Order until the 18th century when the King of Naples, Ferdinand IV of Bourbon, acquired the property and donated a part of it to his cousin Paolo Leopoldo di Borbone, Count of Syracuse. In 1792 the Count built the villa Poggio Siracusa whose sumptuous rooms hosted ladies and barons eager to have fun in that joyful Eden. The tragic death of the Count’s beloved began a period of decline that lasted until 1885 when the Cortchacow family bought the area. The villa returned to its former glory, becoming the scene of stories, passions and famous receptions. The new owners started the evocative construction of a gothic-English style dacha to be used for a future visit by the illustrious cousin: the Tsar of Russia Nicholas II. The hotel stands right on the remains of the never completed dacha. The Neapolitan engineer Roberto Fernandes bought the land in 1959 and commissioned the architect Gio Ponti to transform the place into a hotel. The historical legacy, the extraordinary location and the natural colours inspired Ponti in creating a structure rooted in the ground characterized by the verticalism of the ancient dacha and the Sorrento coast. A path between tunnels in the rock leads from the hotel to the private beach. The two cliffs equipped with solarium offer the thrill of being in the sun, but in close contact with the crystalline water. Inside the park, surrounded by its rare botanical specimens, there is the seawater swimming pool designed by Gio Ponti. Small islands of stillness emerge from the pool and the diving board seems to be almost suspended over the water. Gio Ponti restaurant, designed to give an infinite perspective on the sea, gives an immediate telescope effect, which amplifies the view of the sea thanks to the large spaces and the absence of walls. In the hotel’s main restaurant, you can start each new day with a delicious breakfast or end with a dinner. For lunch on the beach, At the Poggio Siracusa restaurant, on the pier of the private beach. During the summer months, the pier of the beach houses the Poggio Siracusa restaurant, marina restaurant. Thanks to its location, it is perfect for savouring seafood specialties, accompanied by the sound of the waves. The three-hectare botanical park preserves rare plant species and ancient loves: among the many romantic corners, the bridge bearing a plaque with verses of Princess Desirée of Sweden and the Temple of Venus, which stands in the place where the cultivated aphrodisiac plant grew at the time when the land belonged to the Jesuit friars. Blue Bar Relax in the blue. Sip a drink while admiring the surfaces covered in ceramic pebbles to which Gio Ponti entrusted “lightness … grace and reflections of light and sky” and the extraordinary relief ceramics created by the sculptor Fausto Melotti. The gym is fully equipped at the complete disposal of all hotel guests 24 hours a day. To recover the harmony of body and spirit, they offer, on request, massages and beauty treatments.

There is a better way...

Continue with...
Why do we ask for your social ID?